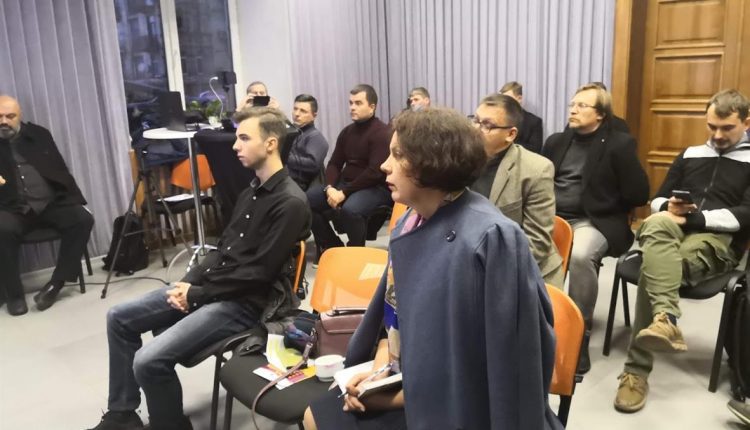 Foundation for Democracy Assistance and Foundation for International Christian Democratic Development held a series of three seminars in Kyiv in November 2020, united by the general idea of School of Public Activity.

The first event of the series called “Blogging. Media activity. Media Campaigns” at 6-7 of November gathered about 30 participants. There was discussed practical issues of working with the media in modern conditions, as well as examples of successful media projects.

The main topics of the reports were:

The lecturers, in particular, were:

Yuriy Mindyuk, the director, spoke on behalf of the Foundation for Democracy Assistance.

The next event at 13-14 of November was dedicated to the topic “Advocacy campaigns. Lobbying campaigns. Holding big actions”. Speakers spoke about their experience of successful advocacy campaigns, e.g. Taras Shamaida, the initiative “Language unites” and coordinator of the movement “Space of Freedom” told about the successful experience of the campaign to protect the Ukrainian language, which ended with the adoption of the law. Serhiy Ryabenko, Head of the Legal Department of the Commissioner for the Protection of the State Language – on the decommunization campaign, Adrian Bukovynskyi, President of the Ukrainian Charitable Foundation “Family” – on the campaign to protect family values. Eduard Kurhanskyi, Deputy Chairman of the Committee of Entrepreneurs of Ukraine, also spoke about the history and underwater currents of the Save FOP! Campaign, and Yaroslav Bozhko, Director of the Center for Political Studies “Doctrine”, spoke about the ideological impact of involvement of the media.

The last event at 20-21 of November was dedicated to the topic “Cooperation between parties, NGOs and Churches”. Within its limits reports on the following subjects took place:

Participants represented more than 15 organizations. In general, they highly remarked the seminars, the quality of lectures and reports and expressed their desire to continue participating in the work of the Christian Network of Civic Action. Lecturers have prepared interesting reports and are willing to cooperate with the project in the future.