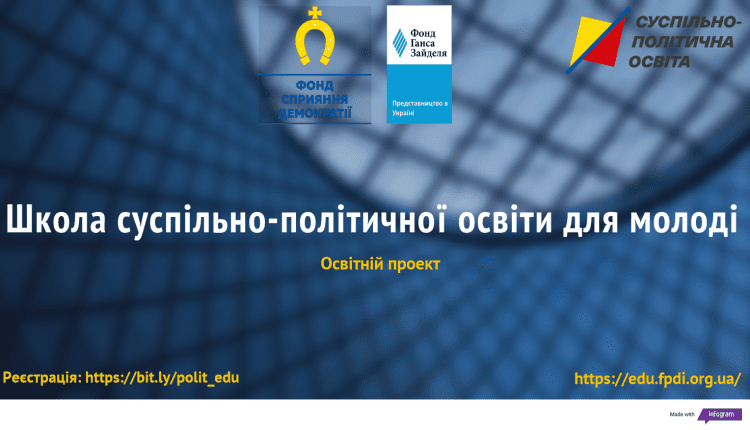 In October 2020, a new educational project was launched in Ukraine – the School of Socio-Political Education. This is a joint project of Foundation for Democracy Assistance and Hanns Seidel Foundation in Ukraine.

The project started at the end of 2020 and took place as a pilot. The organizers acquainted the audience with about 300 people from all over the country and the diaspora on the basic political ideologies – conservatism, liberalism and social democracy.

In 2020, 11 online lectures were held, which were attended by 191 participants from all over Ukraine. Of which 46 received certificates of completion of the course.

One of the tasks of the project is to create Ukrainian-language educational video content, and in this direction 59 videos were posted on the YouTube channel of the project.

Interviews with prominent representatives of conservative, liberal and social democratic ideology were conducted:

In 2021-22, the project will expand quantitatively and geographically. We want to attract up to a thousand participants, especially:

The book named Christian Democracy. Solutions for Ukraine and Europe and the InfoLight.UA information security initiative were presented in Lviv